To the glory of God, we are currently operationing in countries listed below. In order to be part of the No Limits Prayer Line in your Nation, please make contact with the representative of your country below. If you are interested in partnering with us to raise a prayer line for your country, please contact us. 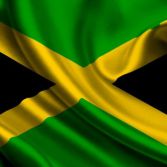 Jamaica has a population of approximately 2.9 million people, with more than half a million Christians. It has been ranked amongst the most dangerous places in the world due to the high rate of crime, drug dealing, gang violence and corruption. Rape and domestic abuse are now widespread hence a persisting need for fervent prayers to be made for this nation.

is to bring glory, honour, and adoration to God… Join us to raise a prayer line for your country 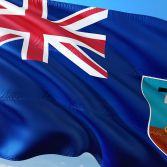 Montserrat is situated in the Lesser Antilles of the West Indies and has a population of about 5 thousand people. Of its population, 95% are Christians. The disruption of this nation’s economy has left many in poverty and lacking basic needs.  This nation needs a rebuilding and for its church to become united. 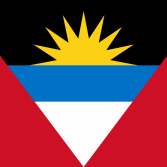 Antigua and Barbuda is situated in the West Indies between the Caribbean Sea and Atlantic Oceans with 74% of its population being Christians. Many Christians on the islands have become complacent in the face of spiritual challenges. There is great need for renewal and more engagement with their society. 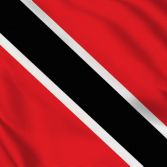 Trinidad and Tobago has a population of approximately 1.4 million people with one fourth identifying as Protestant and another fourth as Roman Catholic. The rest of the population is mainly Hindu and Muslim. Within the church, the truth has been skewed and witchcraft has been accepted culturally. Over the years, there has also been an increase in unemployment rates for youth resulting in growing violent crime. There is also a rise in domestic violence, murder, incest and child exploitation and acceptance of public harassment of women. 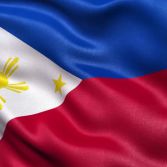 The Philippines has a population of approximately 110 million of which 10% are non-Christians. The sex trade industry in the Philippines is its fourth largest source of income and involves up to 100,000 children and 400,000 women, many of whom are trafficked to other countries. Over the years, there has been a rise in the evangelical church and more collaborations across denominations to advance the gospel but there is much to be done. 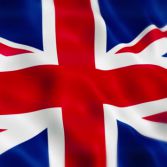 The United Kingdom is made up of four countries: England, Wales, Scotland and Northern Ireland.  Once a thriving nation for Christianity, missions and global evangelism, the UK has become increasingly secular with freedoms of speech and religion being limited. There is a high moral decline and a lack of acknowledgement of God. The UK needs an awakening to its Christian heritage as pioneered by Smith Wigglesworth, John Wesley and many other generals of the faith. 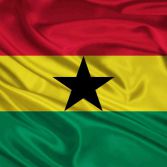 Ghana has a population of approximately 31 million with over 71% being Christians. Cultural practices in Ghana present many challenges for the church. While many are struggling, especially in the small villages, the people are open to hearing and receiving the gospel.

In 2007, during a School of Ministry by Dr Cerullo, the Holy Spirit gave Rev. Darlene a revelation on God’s vision and the purpose of prayer without limits. God revealed that He owns the world and everything in it according to Psalm 24. He also unveiled that it is time for all the limits men have placed on Him during prayer to be removed as there is no prayer request too big, small or impossible for Him to answer.

The Lord placed a prayer mantle (prayer anointing) upon Rev. Darlene and gave her a mandate to raise up, train and equip ordinary believers, to unite an army of end time intercessors, watchmen, gatekeepers and prayer warriors, who will receive the No Limits Prayer mantle to become the Apostles of prayer. These apostles will breakthrough the doctrines of men, religion, tradition and culture to pray Spirit led prayers, raising a prayer covering over the church and the nations with power, signs and wonders following them like a trail until Jesus returns.

The No Limits Prayer Lines worldwide are a non-denominational network of believers who unite in raising a prayer covering over the nations, bringing down on earth God’s kingdom & will as it is in Heaven.  We as God’s people are His house of prayer (people of intervention) for all nations, (Isaiah 56:7, Matt. 21:13, Mark 11:17).

Purpose and Aim of Prayer Lines